Text Vs. Graphics: Striking The Right Balance In Magazine Advertising 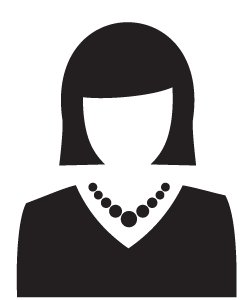 Chimney Sweeps: Who They Are And Why They Are Essential
29 November 2022

Energy Healing Is Suitable For All Ages, And Pets Too
7 June 2022

What Are Some Of The Ways That An Association Management Service Can Help Your HOA?
13 April 2022

A magazine advertisement is one of the most effective ways to reach potential customers. Physical magazines with actual paper ads still have a huge influence on readers, who can take their time looking at the ad and absorbing all its imagery, rather than scrolling past like they would with a digital ad. Creating the right type of ad depends on a lot of factors, from color to layout. The issue of text versus graphics is a major one.

Too Much Text Is Too Much Time

You will eventually have to include text in any ad, even if only to mention the company name. Most ads have a lot more text, however, especially in the fine print at the bottom of the page. The real question is, how much of the main ad do you put in text and how much do you have as a graphic? Keep in mind that making a reader read an ad as if it were an article in the magazine will likely bore the reader. Ads should get their message across quickly, which means limiting text to only that which is essential for someone to fully understand the ad.

Both Elements Have to Be Placed Carefully

Regardless of how much text you use versus how much art you have in the ad, both elements have to be placed carefully with respect to each other. You may be thinking that this is stating the obvious, but the positioning of the text versus the art — not just the general layout, but how those two elements work with each other — is critical. You don't want to overshadow anything as the reader might miss it, yet you don't want to place things where they'll look odd. For example, placing text at the bottom center of the ad, with the art right above, could result in the reader missing the text because that text may look like it's part of the fine print.

Coordination between the Two Is Key

Text and art have to match. Even if you want to have an element that's in a very different color than the rest of the ad, there still has to be some harmony between them. For example, there is something in color called a triadic harmony, which is a set of three seemingly different colors that are all at certain points relative to each other on a color wheel. These three colors go together and don't overshadow one another; the match is easier on the eyes than that of random colors thrown together.

Once the ad is in the magazine, monitor your website and customer traffic. These paper-based ads can create a noticeable spike in demand for your products or services.